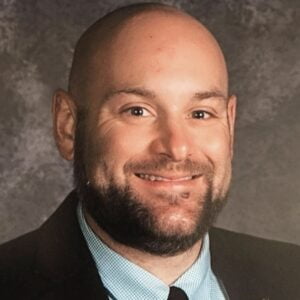 When the board of education for Alpena Public Schools meets Monday, they will convene in closed session to discuss the outcome of an investigation into allegations of wrong-doing by Superintendent David Rabbideau and executive director of human resources Samantha Wilson.

The allegations were filed by Ella White Elementary School Principal Tom Berriman after he was placed on paid administrative leave following his alleged mishandling of two situations involving a young special needs student who was acting out. The incidents occurred on November 9, 2022. He was placed on leave a week later.

Berriman confirmed the two incidents involve the same student and on the same day. One of them involved Berriman removing the child from a hallway and carrying him to an office.

The APS board in December, retained an independent investigator from Troy, Michigan to ensure the investigation of Berriman’s incidents by administrators were completed under all applicable legal standards.

On Monday, the board will discuss the investigator’s report in closed session. It will not, however, discuss the actions of Berriman directly, nor will it take any action on Berriman’s future employment with APS. Those decisions will be made at a later date.

“We cannot begin to review information on Mr. Berriman’s situation without knowing if the investigation was done under applicable legal standards,” said Anna Meinhardt, school board president. Meinhardt also said she did not know how much information from the investigation, if any, would be shared with the public.

School board members have been able to, one by one, review the report, however they have not discussed it among themselves.

Rabbideau said he was “not at liberty” to talk about the Berriman incidents.

The school board is meeting at 5:30 p.m. Monday, inside Lincoln Elementary School. The meeting is open to the public.